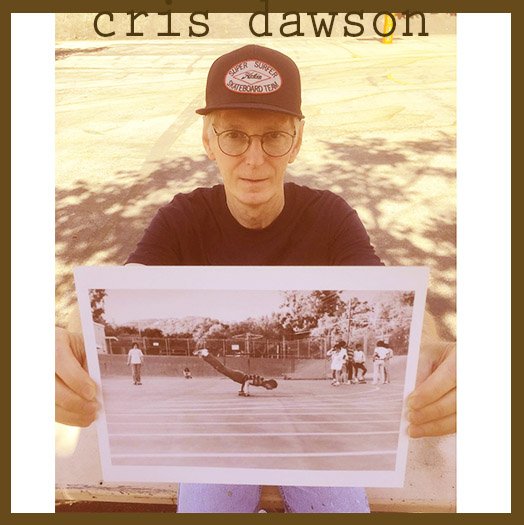 This skateboarders name is CRIS DAWSON . He is 68 years old. Cris skated on one of the very first organized skateboard teams ever “HOBIE” (in the 1960’s)

In this image, I made last sunday with a friends iPhone, Cris is at the Kenter Canyon school yard, where the incredible asphalt wave that helped skateboarding develop in to what it is today exists only as a shadow of itself due to the school districts planning, plantings, and construction. Here he is holding up a picture of himself that he saved from 1975, that i made of him with my pocket instamatic camera, that i also developed and then printed in the darkroom while i was in “Photography 1” at Paul Revere Junior High school at the age of 13. Cris can still skate and still has all that history and love of the form running through his veins.