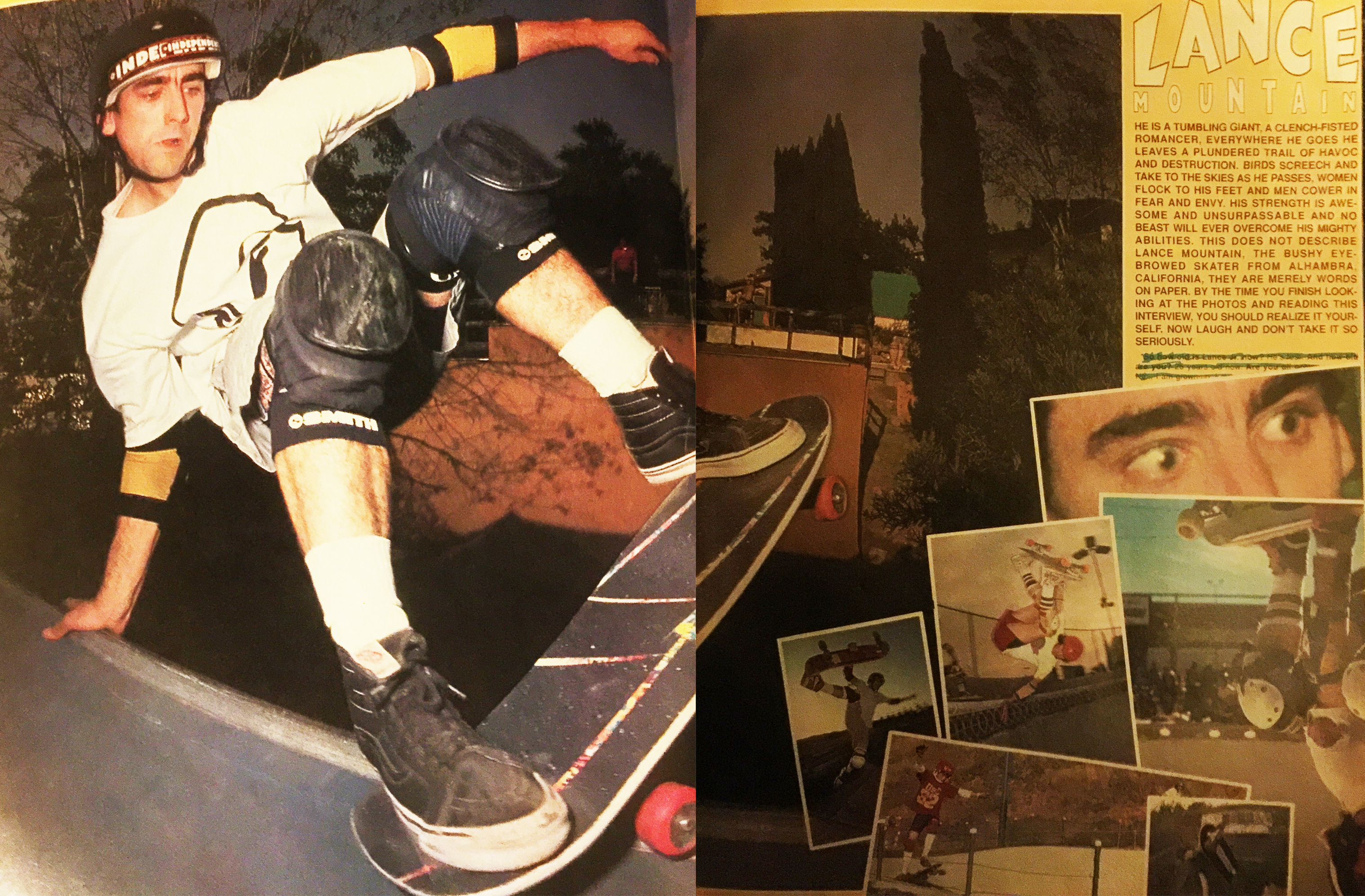 He is at tumbling giant I clench fisted romancer, everywhere he goes he leaves a plundered trail of havoc and destruction . Birds screech and take to the skies as he passes women flock to his feet and men cower in fear and envy. His strength is awesome and unsurpassable and no beast will ever overcome his mighty abilities. This does not describe Lance Mountain, the bushy eyebrowed skater from Alhambra, California, they Are merely words on paper. By the time you finish looking at the photos and reading this interview, you should realize it yourself. So laugh and don’t take it so seriously.